App, App Store, Google Play are all very trendy these days – anyone with a mobile internet device will be familiar with installing apps. It’s likely their device is filled with dozens of apps and the browser is only one of them. Compare that to a desktop computer where a web browser is probably open all the time, and central to much of what that person does on their computer. On a tablet or smartphone it’s very different. Want to buy something on Ebay? Use the Ebay app. Flight booking? Flight app. See what friends are up to? Facebook app.

The key point being, these apps all add value to the experience. No doubt all the services being used have web sites where the same functionality is available – but a well designed app makes it so much easier for the user, they would never willingly use the service on their device web browser.

So if you are considering creating an app, here are some key points to consider.

There are many different reasons you might choose to make an app, but they generally fall into four basic categories:

The Four Categories of App 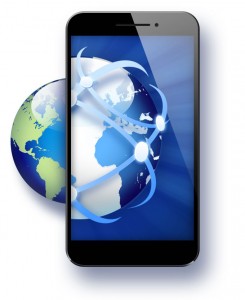 Let’s look at these in more detail.

When smart phones came along, the applications you could get on them was a new way for developers to use their skills to make money.  Whether the goal is a little extra pocket money on the side, or a full blown career as an app maker, these developers want to make apps that will generate an income. Coming up with an original idea is the key, and some developers have done very well from their creations in a short space of time.

This type of app is used by businesses to promote their product or service. Apps can make excellent promotional tools.

Having an official app helps demonstrate that you are a modern, connected company. When people search for your brand or company name in Google Play or the Apple App Store, you’d better have an app ready for them. A well designed app can give you access to this pool of motivated fans.

The best promotional apps provide a wealth of information about the product or service, along with direct access to latest news, YouTube videos, and social media channels such as Facebook and Twitter. They give users quick access to vital contact information, and usually feature well designed  graphics to reinforce the branding.

Some developers want to contribute something back to the world by making software for others to use. Having benefited from such apps in the past, they want to “pay it forward” by creating a free app of their own.

This kind of app is best from someone who has a particular expertise in an area that is also one that others would benefit from, and that they don’t want to monetize, or can’t — for example, because they are a non-profit enterprise. 2020Media has developed various plugins for popular CMS systems like Joomla and WordPress – and these are all given away free.

For some developers, making apps is a fun hobby, a creative outlet that lets them show off their design skills or just make apps to impress their friends. Coming up with ideas for apps, and finding new ways to promote them, are interesting challenges. These new or improved skills can later translate to better job opportunities.

Watching your stats as the number of downloads increase is a rare thrill!

Finally there are combinations of the above – a developer might release a free app to build their reputation or cross-promote other apps.

In Choosing to build a business App, we look at the Promotion type of app in more detail and list the key questions you should ask yourself before investing in an App for your business.

If you have any questions about building a business app, please contact us through our website at www.2020media.com

3 thoughts on “Is an App right for your business?”