New Top Level Domains (nTLDs) accounted for 21% of the net growth of the domain name market in 2014
The recent publication of the ICANN reports for the month of December 2014 enables us to finally take stock of 2014, marked by the launch of the “new TLDs” (or “top-level domains”)  expected since their announcement by ICANN in Paris in June 2008.
We now have all the figures for 2014, so we  can provide an overview of market trends and outline an assessment of the impact of the nTLDs on the 18 “traditional” generic  top-level
domains  (known  as  “legacy  gTLDs”,  i.e. .com,  .net,  .org, .biz,  .info,  etc.)  and  the  countrycode TLDs (or “ccTLDs”). 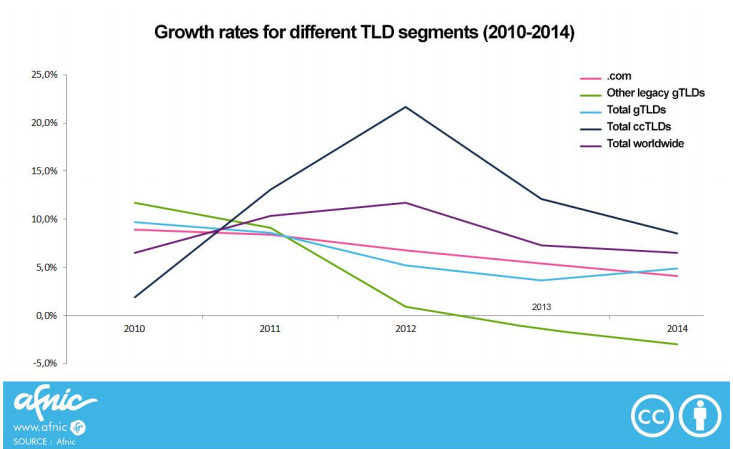 The emergence of nTLDs, therefore, has not been sufficient to allow gTLDs to regain a growth rate higher than that of ccTLDs.